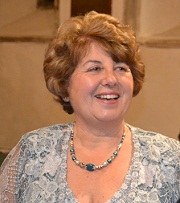 Shirley Williams, from Camrose, has received the British Empire Medal for services to music, the community in west Wales and charitable services.

Mrs Williams is well-known as the co-founder and musical director of the Landsker Singers, which now consists of two mixed junior choirs and a four part adult choir.

Born in Pembrokeshire Mrs Williams trained at Cardiff, now the Royal College of Music and Drama, and as a chorister, both with the Cardiff Polyphonic and the BBC Welsh Chorus, before returning to her home county.

She has performed as a soloist with many local and national choirs and has dedicated her time and energy to nurturing a love of music in both adults and young people in Pembrokeshire.